Michael Jordan, known as the greatest basketball player of all time. Six-time NBA champion, Five-time NBA MVP, 14-time NBA All-Star, all-time leading scorer for the Bulls with over 29,000 points, retired with the NBA's highest-scoring average of 30.1.

While it is easy to focus on Jordan's iconic moments and reflect negative thoughts back on ourselves, "I'll never be Michael Jordan."

Jordan was cut from his basketball team during sophomore year.

He was just another kid in the gym with the same goal in mind, to make the cut in one of the 15 rostered spots, a ticking to pro ball.

Meanwhile, his close friend Leroy Smith made the cut.

"It was embarrassing not making the team. I went home, locked myself in my room and cried."

This was the beginning of his turn around, his motivation to succeed.

"Whenever I was working out, got tired and ﬁgured I ought to stop; I'd close my eyes and see that list in the locker room without my name on it."

It is important to remember, you are only human and with great success comes failure.

So, before we get started remember, learning to balance habits and goals isn’t easy.

You can focus on how Michael Jordan mastered the fade away, but you won’t be able to play like him until you devise your own plan for success. 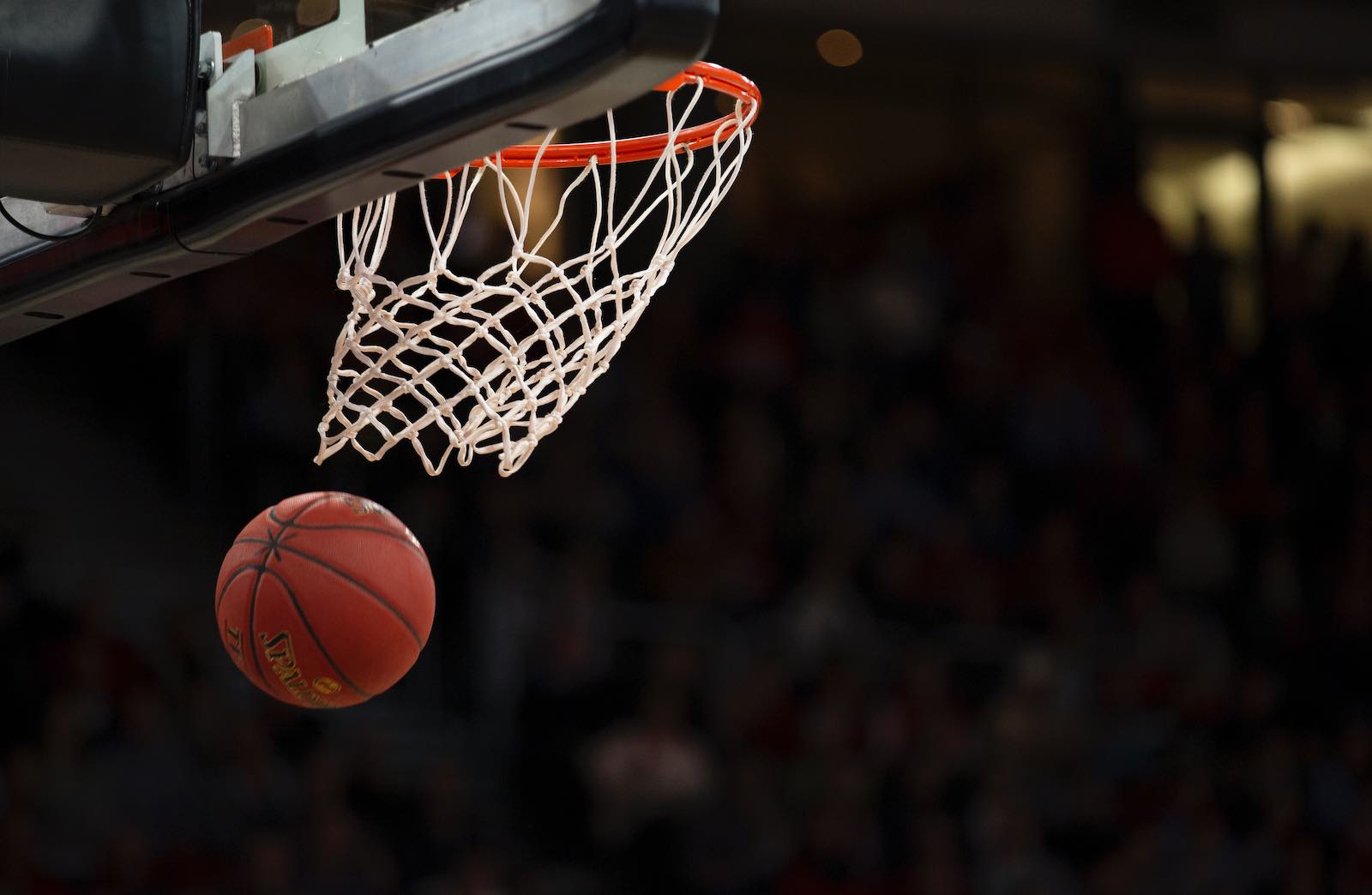 Photo by Markus Spiske on Unsplash

Building a habit and how it works according to science

Setting a new goal for yourself is exciting. Whether it be personal, like mastering the slam dunk, or professional, like a promotion or pay rise.

Something we often forget is to draw up a roadmap to reach these goals.

We think switching our mindset is enough, and forget the difference between success and failure is a step-by-step game plan.

You can't master the slam dunk without working on your jump.

And you definitely won't receive a pay rise if you don't show your worth.

Set out a game plan for your goal the same way you would plan out your day using the pomodoro technique.

Break it down into smaller more achievable habits, focusing on one at a time.

James Clear has broken down for us what a habit is, how it works, and how to improve it, in just four steps:

In summary, a cue will trigger a craving, which motivates a response which if adhered to will return a reward. Using this feedback loop you can form automatic habits. 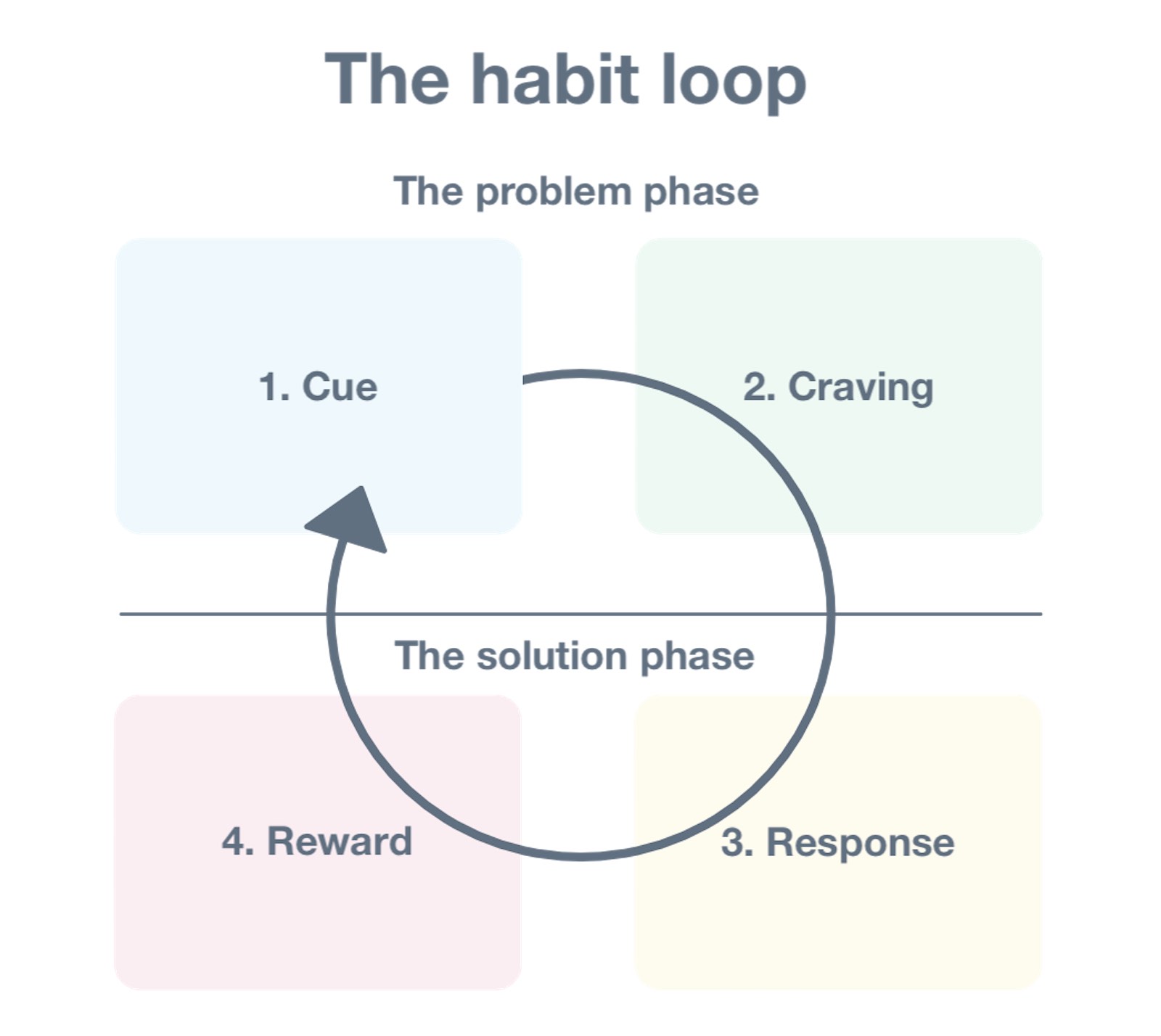 Eliminate bad habits to make way for the good

Habits are algorithms that operate in the background. Whether you are successful or unsuccessful, healthy or unhealthy, the next Michael Jordan or always on the bench. Good or bad, you are the result of all your past habits summed into one.

The point behind forming a good habit is to train your brain to continue this new habit with no effort.

They can lead us astray. Junk food and alcohol after (or during) a stressful day, Netflix and your favourite slippers all weekend as your "wind-down".

This is where dopamine levels come into play... your brain's reward system.

Dopamine is the brain's feel-good chemical and when you engage in a "reward" type behaviour, like a glass of wine or a pack of lollies, you feel a sense of relief as a result of a dopamine release.

While the sensation of relief is great, for now, by engaging in these bad habits regularly you cause changes between the neurons in your brain and its system responsible for actions. Which is how these bad habits are formed.

Since habits require practise and repetition, so does breaking them. Here's how to do it:

Honestly, how often have you told yourself, "I'm driving, I won't have a drink," and ended up catching the early morning train home? Instead, replace the glass in your hand with a lemon and lime bitters (if you need this quality time with workmates). Otherwise, head home after work, make a cup of tea and chill. 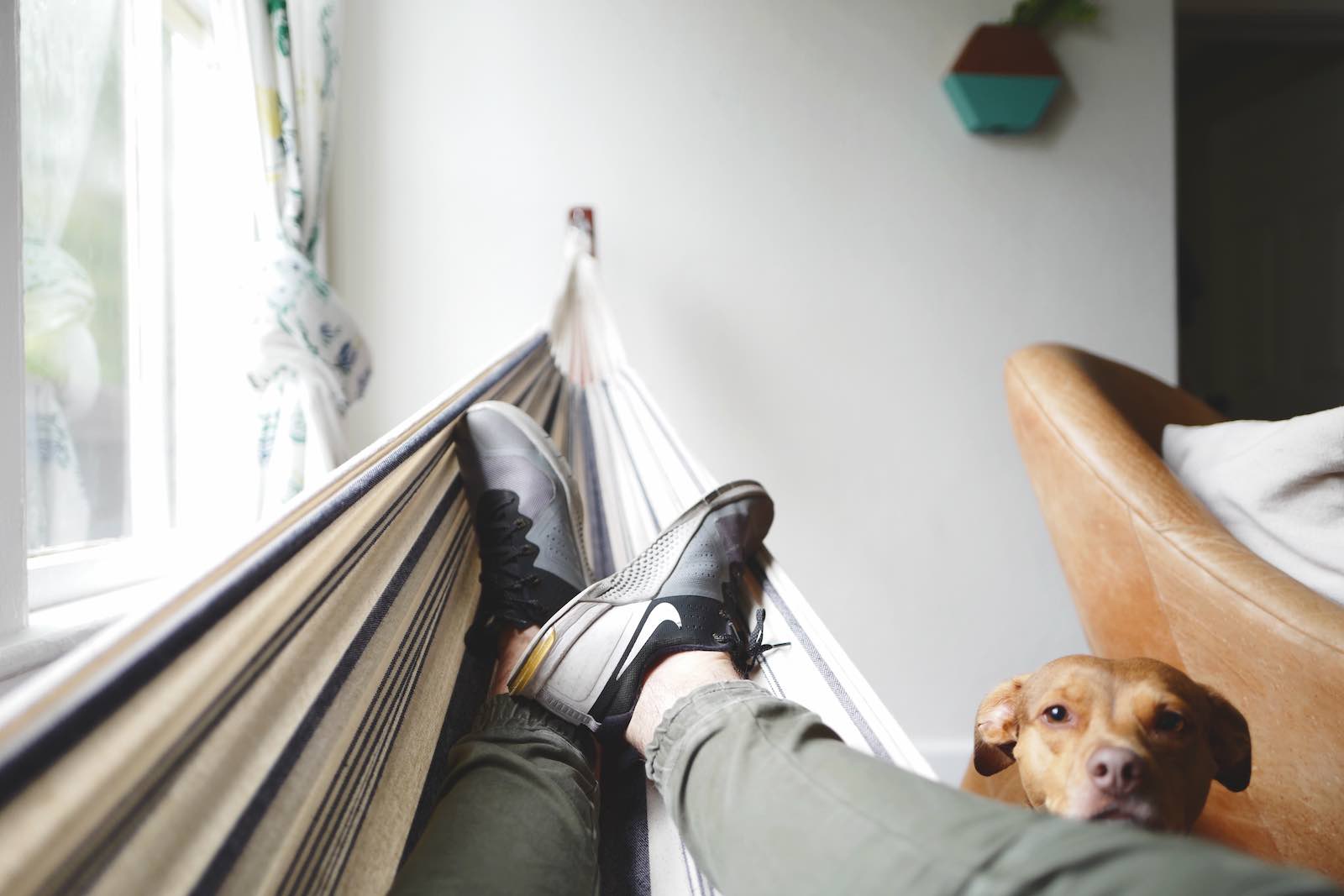 Photo by Drew Coffman on Unsplash

It is important to remember that we are all hard-wired differently and success, in any aspect, does not happen overnight.

Success is the manifestation of years of good (and bad) decisions.

What works well for your favourite influencer, will not always work for their hundreds of thousands of followers. But, their drive to succeed is something that you can aspire to.

The early bird gets the worm. In saying that, don't sacrifice your sleep to do so.

Business gurus and entrepreneurs hold a stigma that they always need to be switched on. Meet deadlines, retain new information, hold a professional and upbeat approach when meeting potential clients or business partners, all within an 8-hour workday.

So, how on earth does anyone switch off after a day like this?

It's simple. Healthy habits before bed (followed by a good night's sleep).

Unplug - Professor of sleep medicine at Harvard University, Dr Charles Czeisler conducted a study on "unplugging" before bed. The bright lights produced by our mobile phones disrupt our body's natural sleep rhythm, tricking us into thinking it is day time. So, an hour before bed, stash your phone in another room and unplug. Your friends facebook status with their latest dog video will still be there tomorrow.

Read - Believe it or not, as the busy founder of Microsoft, Bill Gates is still an avid reader. Each night before bed, Gates spends an hour reading. A study from the University of Essex revealed that a mere six minutes of reading can reduce your stress levels by 68%.
Who doesn't want a stress-free send off to bed each night?

So, this week, I dare you to consciously leave your phone in another room an hour before bed and pick up a book. Sweet dreams!

Start your day by doing something for yourself

Too often we wake up and experience the sensation of a mini-heart attack at the sound of our alarms.

You fell victim the snooze button, and now you have 10 minutes to make the train.

These situations cause us nothing but stress and you're rolling into work feeling scrambled at the rush of the past hour.

This is not a productive way to kick-off your day.

By adopting the above night time habits and prioritising your sleep, these next tips will be a piece of cake;

Exercise - Joe Rogan plans his week ahead of time with one major aspect, exercise. "When you are physically fit, you also automatically feel better about yourself." As established by the Anxiety and Depression Association of America, regular exercise is effective in reducing fatigue, improving alertness and concentration, and enhancing cognitive function. This is particularly helpful when stress has depleted your energy or ability to concentrate.
So, why not pull out those old running shoes for a morning walk, have a stretch or hit the gym for 30 minutes each day. Your mind will thank you.

Prioritise - Your most productive morning can easily be achieved through planning the night before. Kenneth Chenault, CEO of American Express finishes his day by noting three things he wants to achieve tomorrow, whether it be work or personal.
Adopt the concept that AM starts in the PM, and you could wake up every morning with your day set out and ready to go for you.

If you win the morning, you can win the day.

Embrace failure. Because you are only human.

Failure sucks. It can be painful to come to terms with and it creates a mental hurdle making it difficult to move forward.

Many people don't even try things because their fear of failure gets in the way but that will only lead to regret later in life.

Failing is the most crucial part in achieving your goals because without failure there is no improvement.

But, overcoming failure requires a significant mental shift and a change in your perspective on life. It requires resilience, the capacity to recover quickly from difficulties.

By being accepting of your mistakes and celebrating them for what you have learnt and not what you didn't do to perfection, you can avoid feeling like a failure. Here is how to embrace failure; 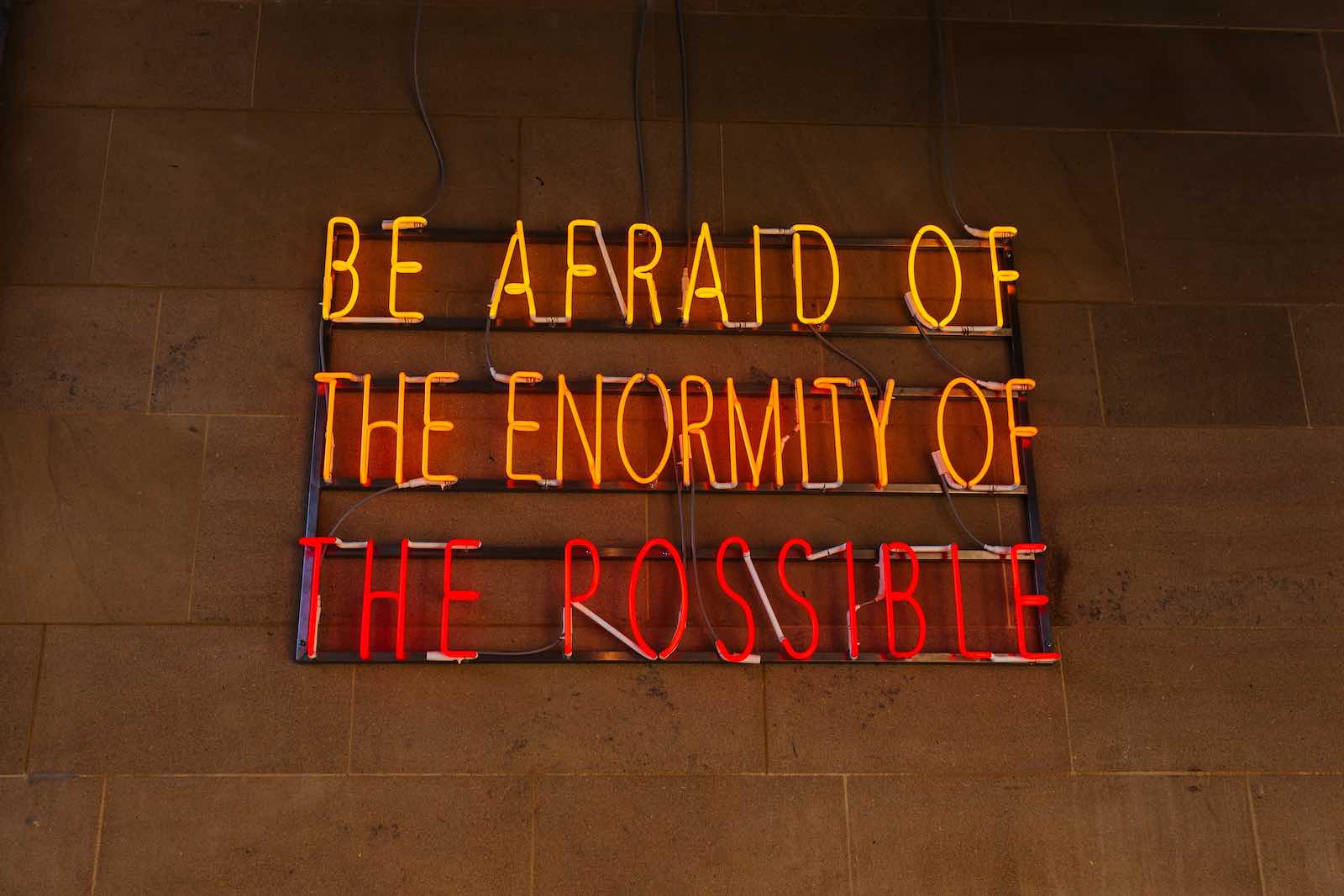 Photo by Josh Couch on Unsplash

Achieving your goals requires a lot of work. If you are reading this as a first-time goal setter, then stop what you are doing and reflect.

Are you where you want to be in life? Need a career change, or maybe you need to eliminate some bad habits for a lifestyle change?

Remember, the process takes commitment, drive, discipline and above all, you need to want to achieve your goal more than anything. You need motivation.

Your want to achieve will help you to identify your cues, the cues will enhance your cravings to succeed, your cravings will provide the fuel for you to continue a habit and your healthy new habit will open up doors to a whole new world of rewards.

“Sometimes, things may not go your way, but the effort should be there every single night.” - Michael Jordan

If you know someone who wants to replace a bad habit or needs some guidance to get started on their journey to a new goal, share this post with them on Twitter.

Beat groundhog day with eat that frog and the pomodoro technique

In the classic movie Groundhog Day, Phil Connors covers the annual festivities as the weatherman. After an overnight freak…

How to be productive at work? 6 ridiculously simple ways to help you get more done